The primary imagemaker of the historic west

Frederic Remington was born in nearby Canton, NY in 1861. His father was a Civil War Hero and his mother came from a prosperous family. Frederic demonstrated great interest in horses and military things at an early age, and was sent to the Highland Military Academy in Massachusetts for secondary schooling. Developing an insatiable appetite for art, Remington received his first formal art training at Yale and the Art Students League, but left college before graduating to pursue the adventure and excitement of the western frontier.

He gathered information, made sketches and took photographs which he later used at his home in New Rochelle, NY to create his paintings and bronzes. He died in 1909 of complications following an appendectomy, and is buried in Canton, NY.

Remington’s paintings and sculptures are owned by museums and private collectors throughout the world, with the largest collection located here in Ogdensburg at the Frederic Remington Art Museum. Through his heroic and savage depictions of cowboys, soldiers and indians, Remington glorified the theme of the West as the American Frontier. 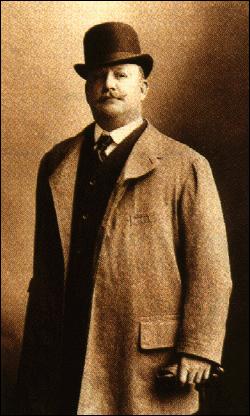 Remington is credited as being the primary imagemaker of the historic west. His bronzes are a landmark in the history of bronze casting in both form and subject matter.

Once the home of wealthy industrialist David Parish, this grand house was designed by the French architect Jacque Ramee and was constructed of native brick in 1810. The mansion was Eva Remington’s home after Frederic’s passing, where she lived with her sister Emma from 1915 to 1918. Along with the attached Newell wing, the structure is now the permanent home of Frederic Remington’s work, with scores of paintings, watercolors and bronzes displayed for the world to enjoy. Visitors can explore the mansion portion of the Museum on their own, and visit the Remington galleries on tour led by an experienced interpreter or trained volunteer. Tours run on a regular schedule year round, providing visitors ample opportunity to ask questions and learn about Remington and his Museum. 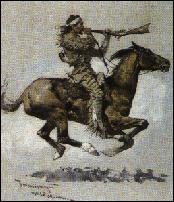